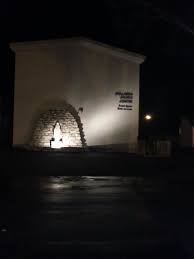 
The Committee is comprised of the following

In 2004 as the building had deteriorated it was decided to upgrade the centre. Plans were drawn up to replace the facility which would include a full size handball court and facilitate other sports including Racquetball and Badminton. Following this an application was made by the Sports Centre Committee to the Department of Arts, Sports and Tourism for funding. The application was successful and the committee was sanctioned for a grant of €200,000 in 2007. During this time fundraising was ongoing to meet the shortfall. The building of the new Sports Centre started in January, 2012 and the project was completed in December, 2012. This will be a great asset to our community for young and old.

The new Sports Centre was officially opened in April 2013.

Find us on Google+